Welcome to my monthly playlist!

I did this a couple of months ago, but didn’t keep up with it. Hopefully you will be seeing these posts monthly, not just as a one-off 😂. Amazon Music is the platform I use to listen to music. It is not as interactive as Spotify, so I cannot share the playlist directly with you. Yet, you can search them up if you are interested.

In the middle of May, we reached 20-30 degrees! If you are from the UK, you will be aware of this. Because of the return of warm temperatures, I decided to revisit some tunes that I listened to constantly in the heatwave. Actually, this time last year, we were already in it! These songs include:

I love the new Harry Styles album. I started listening to it in the beginning of last year. As a One Direction fan girl, I was really intrigued! To be honest, I do prefer this album to any 1D album. It has more individuality, rather than the common pop songs. I think my favourite is Kiwi, though my favourite for the lyrics is Two Ghosts. My favourite line from Two Ghosts is: ‘two ghosts swimming in a glass half-empty’. It kinda reminds me of Twilight (it’s a weird comparison, but if you have read it: you’ll know)

The 1975 are currently a very popular band. I really wanted to look into their music further, so I chose the ‘i like it when you sleep, for you are so beautiful yet so unaware of it’ album (not very easy to remember 😂). In my last monthly playlist, I showed my love for The Sound- another one of their songs. I think the reason I like She’s American so much is because of how similar the tune is to The Sound!

Pray For The Wicked

This whole album makes me really happy. I can remember, very vividly, listening to these songs when I was making origami in the garden on a summer’s night. I love all the songs from this album, I can’t choose a favourite. However, the popular High Hopes is probably not at the top. But I still love it!

ME! (feat. Brendon Urie of Panic! At The Disco)

I am not a Taylor Swift fan, though I do love her voice. And, in conjunction with Brendon – it is perfect! 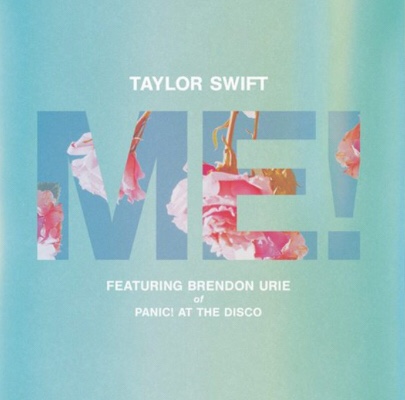 Also, let me just respect for a moment the music video. I hope you have seen it, or at least heard of it. To begin with, the snake from Reputation exploded into butterflies. Everything was really pastel and gave off some Barbie energy! Also, the common theme of kittens was very heart-warming 😆.

Almost Never is a CBBC show, and I was intrigued by the bands. I saw them floating around Instagram and decided to check out their playlist. I couldn’t access it on Amazon Music, so I used BBC sounds instead. You may have seen me talk about the playlist on my Insta story.

After listening to the playlist, I definetly liked The Wonderland more (no offence 😂). I prefer some of their covers to the original songs!

That’s it for my playlist. Usually I don’t listen to such popular music, but I have been very experimental with the tunes I listen to this month. I like to listen to music on long journeys, when I am tidying up and when I am drawing!

Which tunes have been on your playlist this month? I would love to hear in the comments below.

Find What You’re Looking For

Catherine is an experienced teen blogger from England. They enjoy writing content about environmentalism and conscious living. In her free time she will be found reading a book and drinking tea.